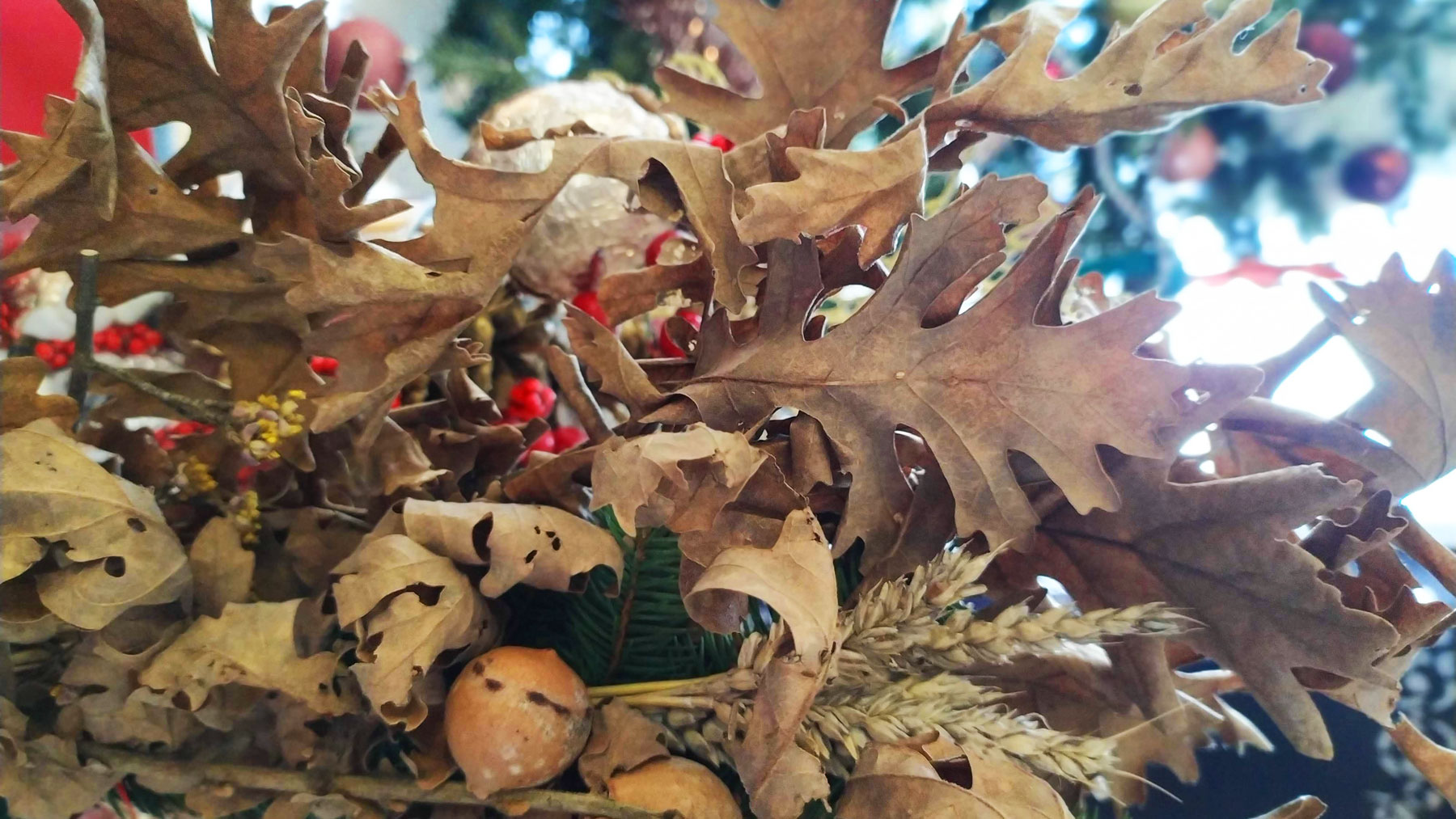 Christmas is the most joyous holiday of Christians. It is a time of welfare and peace. A time when the family gathers, nurtures tradition, reminding of the values of life, belove, harmony, and forgiveness. A harmonious atmosphere reigns among the people. A harmonious atmosphere reigns among the people. The smell of roasted pumpkin, dried fruit and mandarins, warm bread, various pies, and homemade Serbian dishes spreads through the streets.

Orthodox Christians celebrate the birth of Jesus Christ on January 7th, according to the Julian calendar.

The fast lasts 40 days preceding Christmas. Christmas Eve falls on January 6th, which is the last day of Lent. It is a day full of emotions and vivid customs. Male family members go to the forest in the dawn to pick up the Yule log, an oak branch called badnjak in Serbian, while the housewives prepare dinner at home. Badnjak is one of the main features of this holiday. Christmas branch oak cutting often ends with a toast with homemade Serbian brandy rakia. Besides the badnjak, straw is brought into the house, representing the straw on which Jesus Christ was born. Children throw walnuts into the four corners of the house as the symbol of happiness, which is a real thrill for the youngest, who are racing to collect it as much as possible on Christmas Eve. 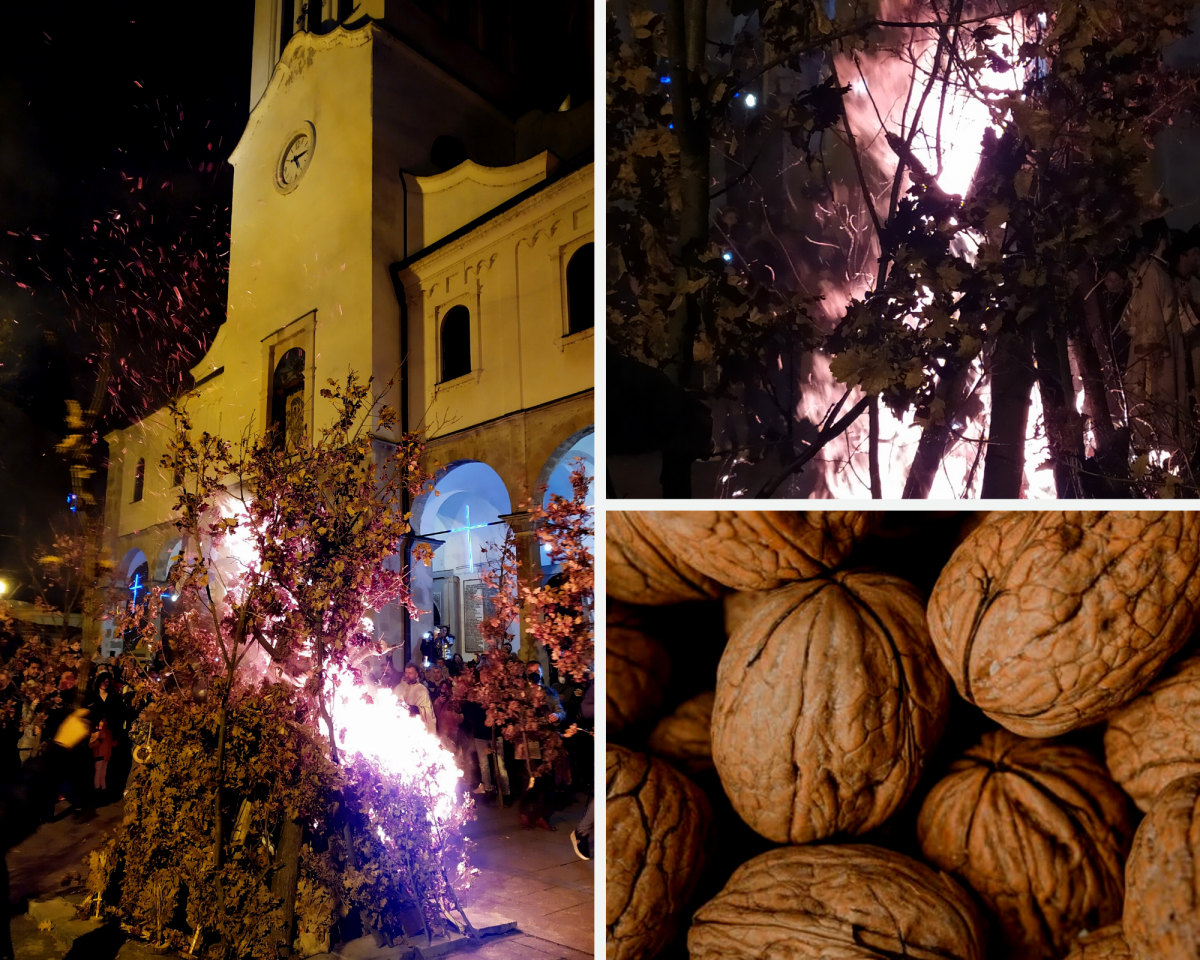 Before Christmas eve, the badnjak lits into the fire.

The lighting of badnjak symbolizes fire which shepherds of Bethlehem heated the stable where Jesus was born. As most Serbs live in towns today, the badnjak burning performs in front of the church. Each family brings badnjak symbolically represented by a cluster of oak twigs with brown leaves attached, putting it on the pile to lits. The essence is that the fire of lited badnjak scatters with poker to sparks. Flying sparks symbolize happiness, peace, and health. More sparks mean more happiness and health. Watching the fire is an indescribable, unique experience, and the atmosphere is full of love, harmony, and joy.

After this ritual, people go home for a Christmas Eve dinner. During the dinner, the householders first break the ceremonial Christmas bread called česnica in Serbian, in memory of Mary, who offered bread to the sages from the East at the birth of Christ. It is conventional for bread to contain a coin, and those who find it in their torn piece of ceremonial bread will have a prosperous and lofty year. 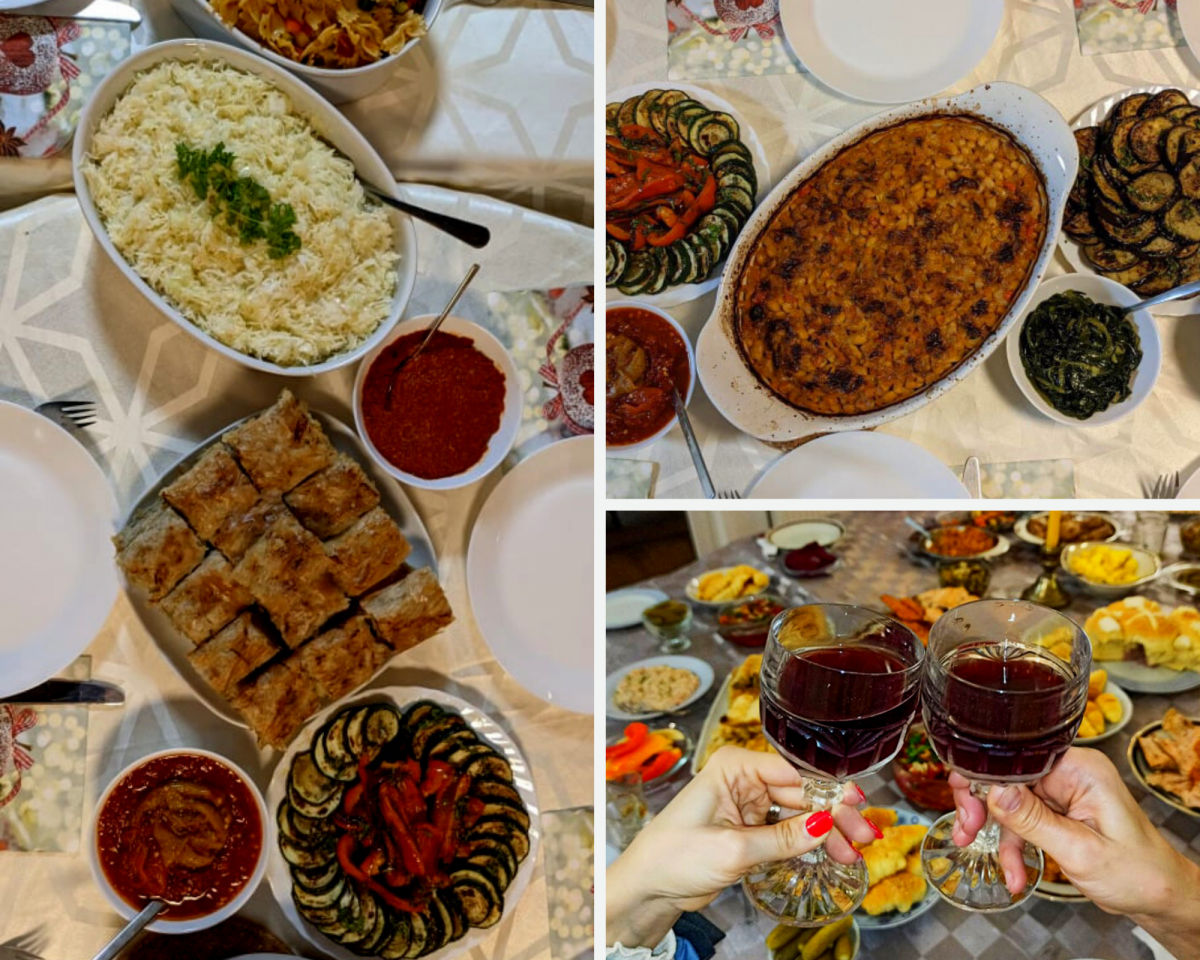 On Christmas morning, the sound of church bells spreads through the city.

Families go to the Christmas liturgy. It is customary for people to shake hands with the greeting Christ is born, followed by, Truly he is born. Not rarely you may hear the music of the street musicians who cheer the people. Some families continue to nurture the old tradition on Christmas morning when a special guest, usually a child, called polozajnik in Serbian, comes first to the house. It symbolically represents the sages who came to the birth of Jesus Christ following the star from the East. The belief is the položajnik brings to the family health, happiness, well-being, and the hosts bestow him. 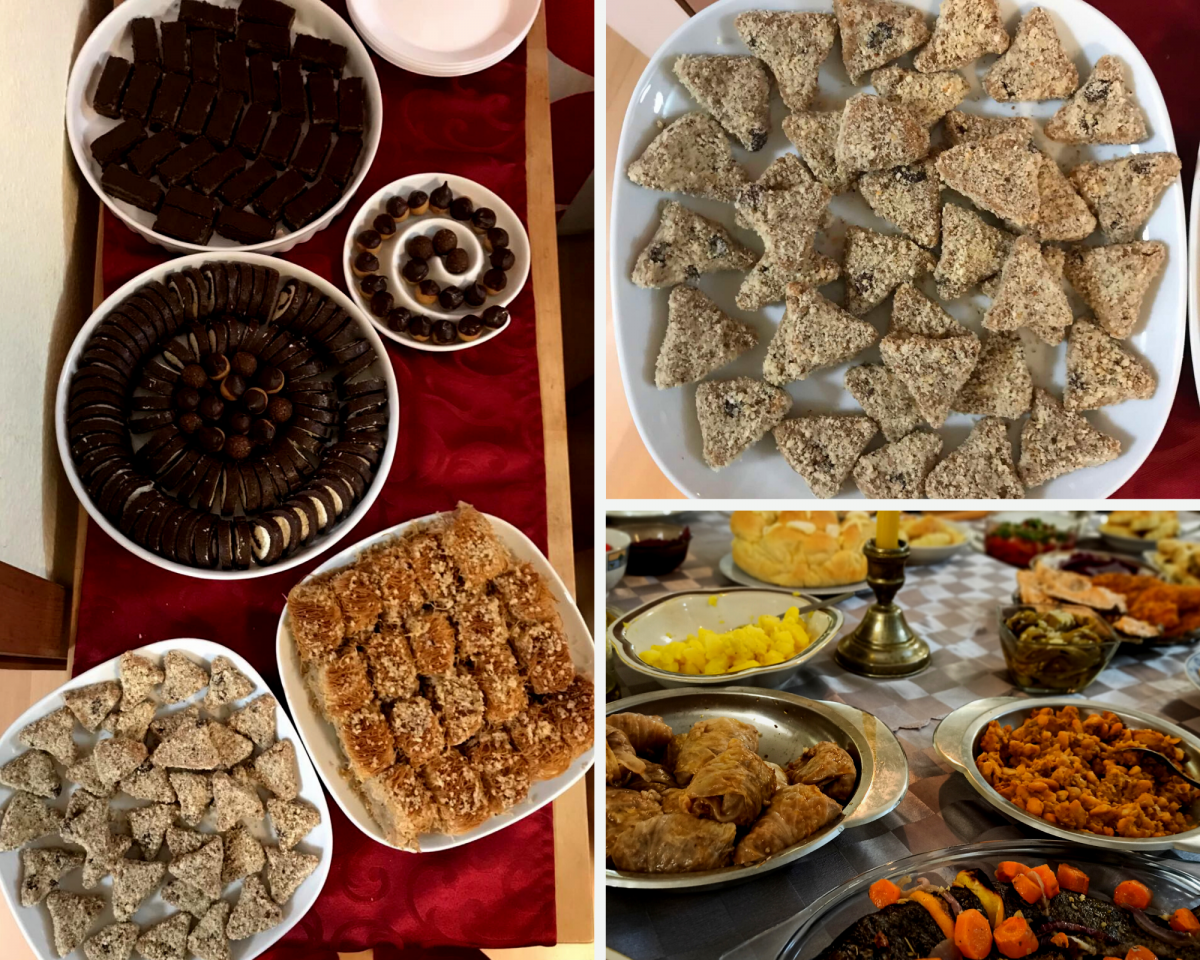 There is a belief that you should prepare twelve types of food and one main meal, in the form of gifts for the twelve apostles who attended the Last Supper. The hosts prepare a sumptuous feast consisting of traditional Serbian dishes such as stuffed peppers, rolled stuffed sauerkraut lives, called sarma in Serbian, and roast pork or lamb. The question is, how to resist each of these dishes and desserts, prepared with a lot of love. Holidays are a unique opportunity to feel the charms and warmth of Serbian people. Walking through the city, you will see the joyful people during the holidays, which will surely make you smile.

Peace from God, Christ is born!