Mediana and Constantine the Great

Home » Mediana and Constantine the Great

Mediana and Constantine the Great 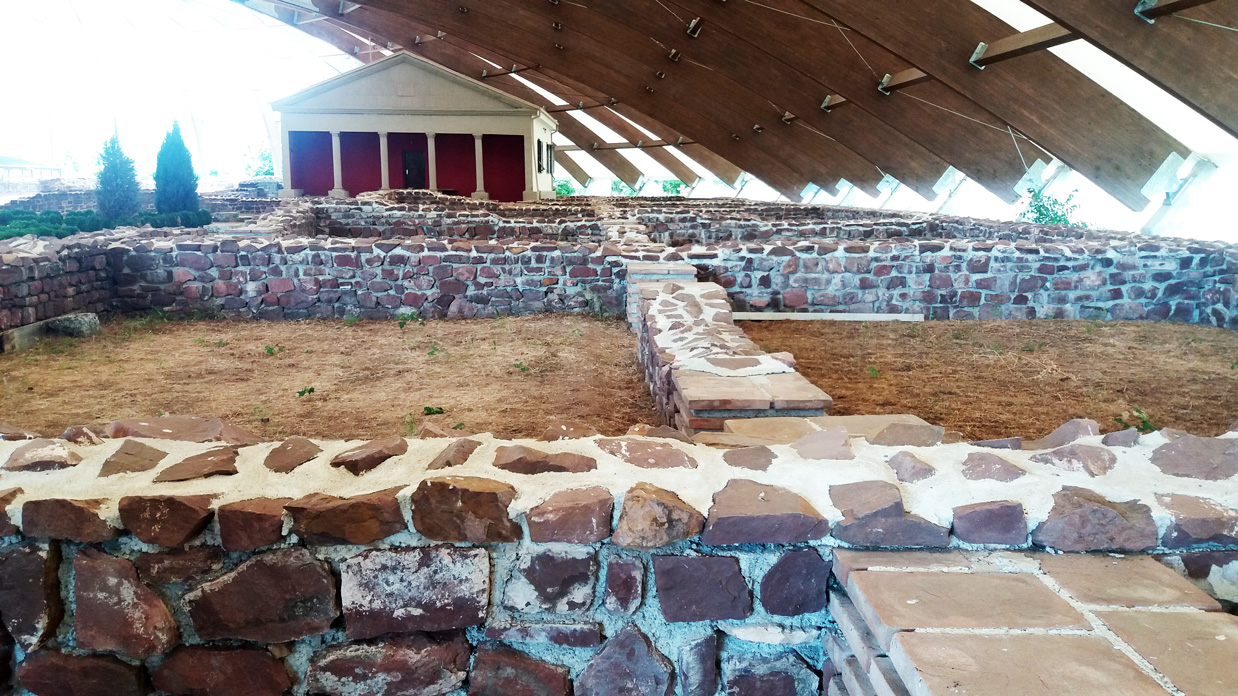 Archaeological park Mediana, declared an immovable cultural asset of exceptional importance, is located halfway from the center of Niš to Niš Spa. Tourists can see the remains of a Roman settlement built during Emperor Constantine's the Great and the sons' reign, from the end of the 3rd and beginning of the 4th century. 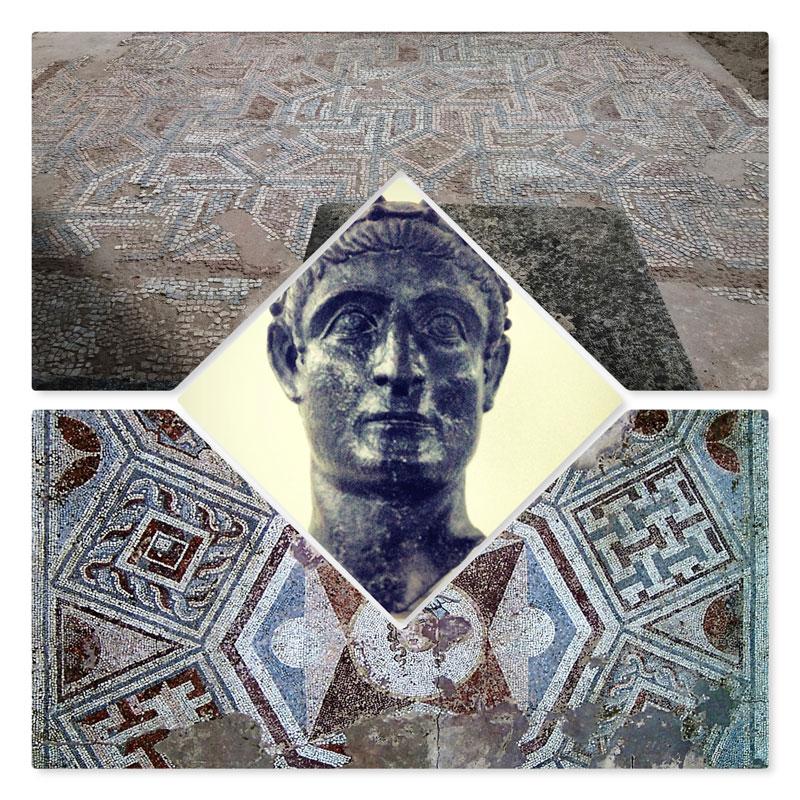 This Roman settlement, made up of a complex of summer residences such as urban villas and a large farm by the road leading to Serdica and Constantinople, was also a temporary residence of Roman emperors, a summer house for rest, enjoyment, and treatment with thermal spa waters, decorated with mosaics, gardens, and sculptures. Among the researched buildings, the following stand out: a villa with a peristyle, baths, a wine cellar, a palace with an octagonal tower, two early Christian churches, and a necropolis.
Mediana represents proof of the wealth and glory of the Roman city - Naissus. 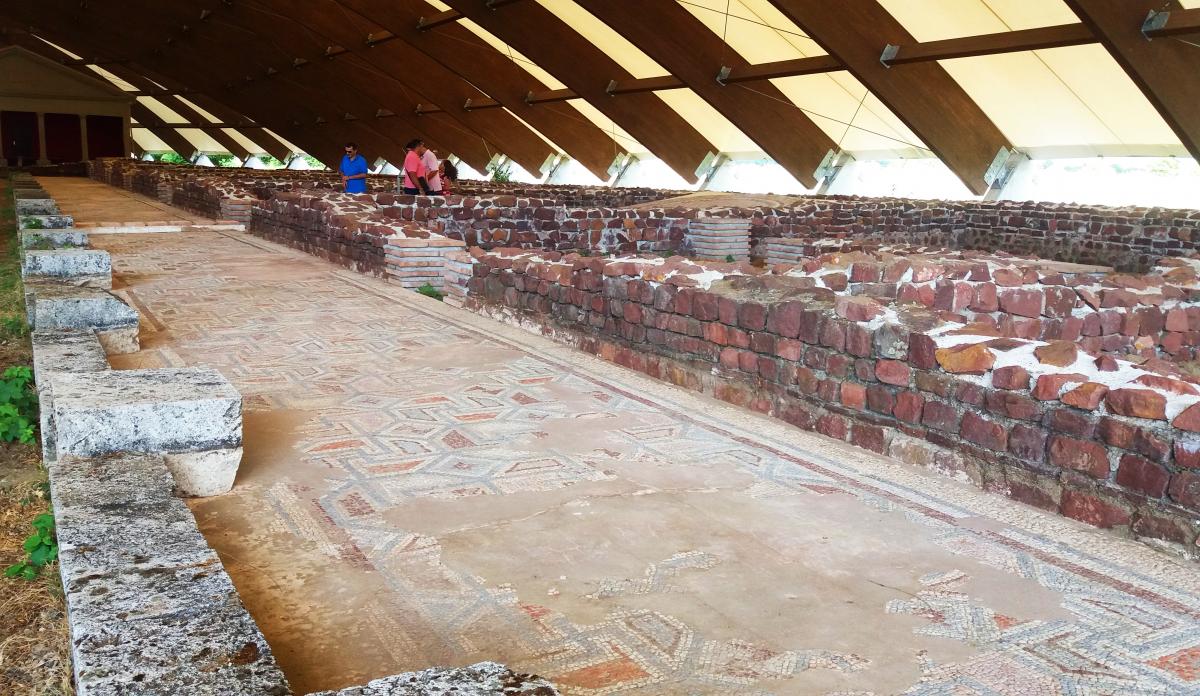 What you can see!

Walking down the corridors of Villa Mediana, you will feel proud of being here. The imperial villa is eye-catching, ornamented with frescoes and mosaics. Especially remarkable are marble sculptures God of Water and mosaic Medusa, decorative columns, heated baths-thermae, and water supply system - aqueduct. Also preserved are mosaic floors which cover the peristyle porch and the audience hall, in the shape of a hexagon and a fountain in the middle with a lid pipe. 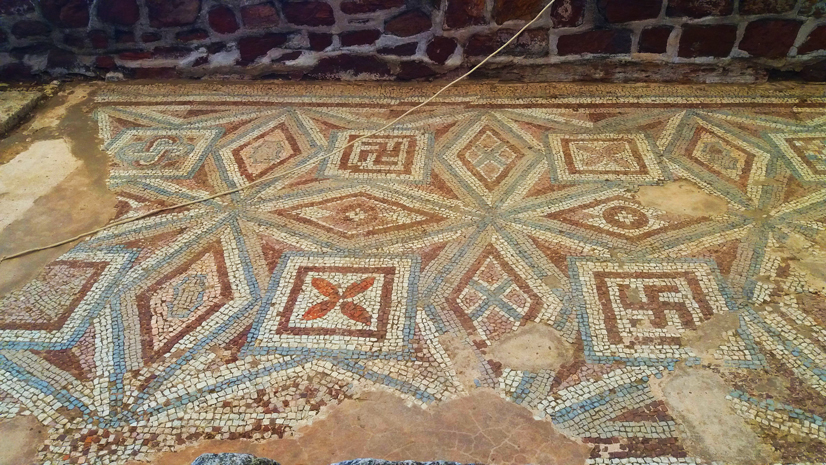 In ancient times Niš was a cultural, economic, and military seat and the birthplace of Constantine the Great (27th February 272 ad - 22nd May 337 ad). During his reign, he issued the Edict of Milan in 313, which made Christianity equal to other religions of the Roman Empire.

Mediana was a very pious Christian community. As evidence, two Early Christian churches were excavated here, the first one in 2000 and the second one in 2007, close to the first one. The belief is that both churches had built around 378.

Among other excavated items here, stands out Christ's monogram and a bronze ring with a cross. If you would like to understand and find out more about Roman time, we suggest certainly visiting the archaeological hall of the National Museum of Niš.

Who else used the imperial residence Mediana!

Several other emperors also used Mediana after the death of Constantine the Great in 337 AD. It was a place of rest, either on their journeys or during preparations for the war. Constantine's sons, Constantius II and Constans stayed in Naissus in the winter of 340, for they signed the edict. Later on, Constans used it as a temporary residence. According to historical writers, Naissus was the birthplace of another Roman emperor – Constantius III, husband of Galla Placidia, father of Valentinian III.

The city of Naissus was abounded and devastated during the Attila's hordes in 442.

The National Museum of Niš

The National Museum of Niš has 40,000 items, from collections of archeology, numismatics and epigraphy, history, literary heritage, and ethnology. The museum includes buildings, an Archaeological hall, Mediana, Skull Tower, The Gallery Sinagoga, Memorial hall 12th February - the concentration camp from the Second world war, and the literary legacy of Stevan Sremac, a famous writer, and Branko Miljković, a poet. 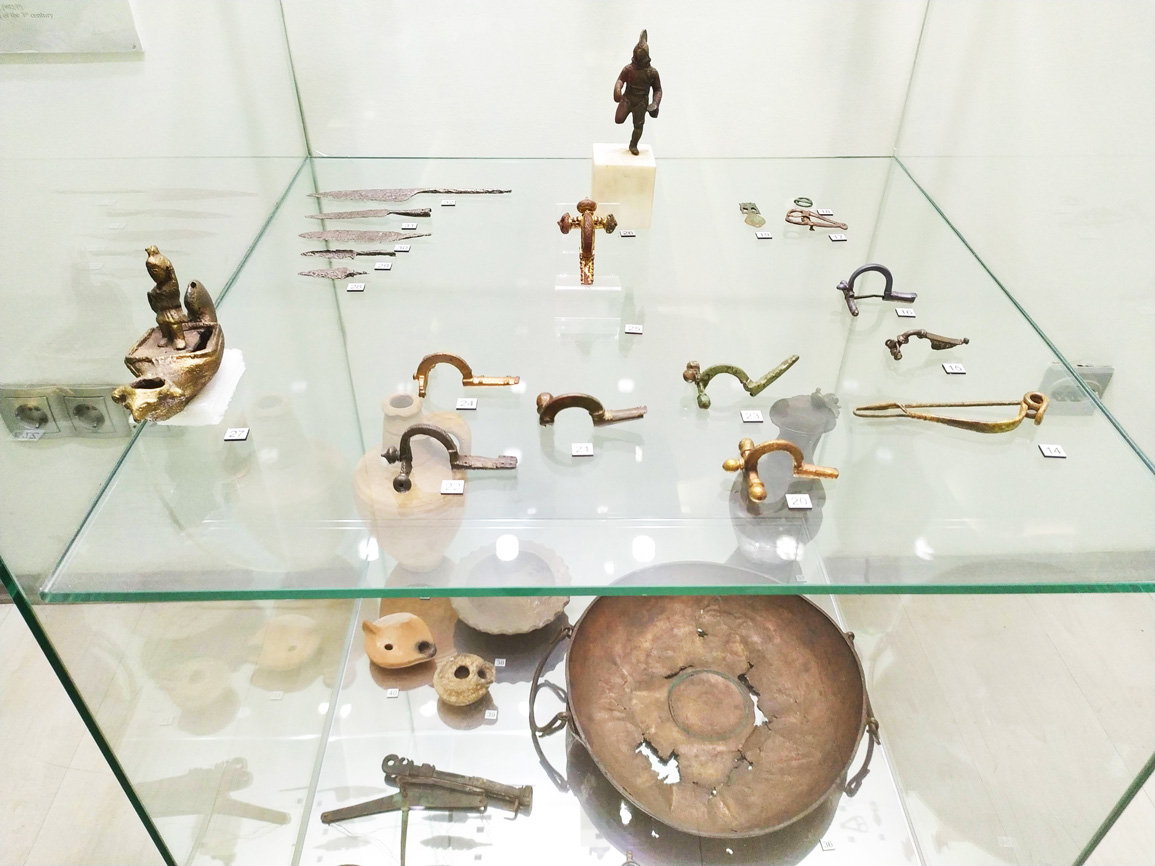 At the museum, tourists can see the most significant artifacts found in Mediana.

The National Museum is located downtown, just behind Shopping Center Kalča. Across the museum is Restaurant Stambolijski where you can enjoy tasty, newage Balkan meals in a relaxing ambiance with traditional motifs in the interior and a garden.

The National Museum of Niš should be on your map of must-see landmarks.